This one's been years in the making. I finally have all the parts and pieces I need to put this together!

Why a car computer? The answer is simple: Ultimate mutimedia that no amount of built in slidey screen single DIN decks can provide. I've been through several car DVD decks, several "mp3 bla bla bla" decks, and I'm tired of having the GPS stuck to my windshield. I've got an old ipod wired into the "audio in" jack and the 3.4 inch dvd screen on my current deck just doesn't cut it.

So you can see why - A single screen, attached to the dash - to provide Navigation, Media and other little awesomeness(es) is the best thing to do.

SO, we begin with two main components: The PC, and the screen: 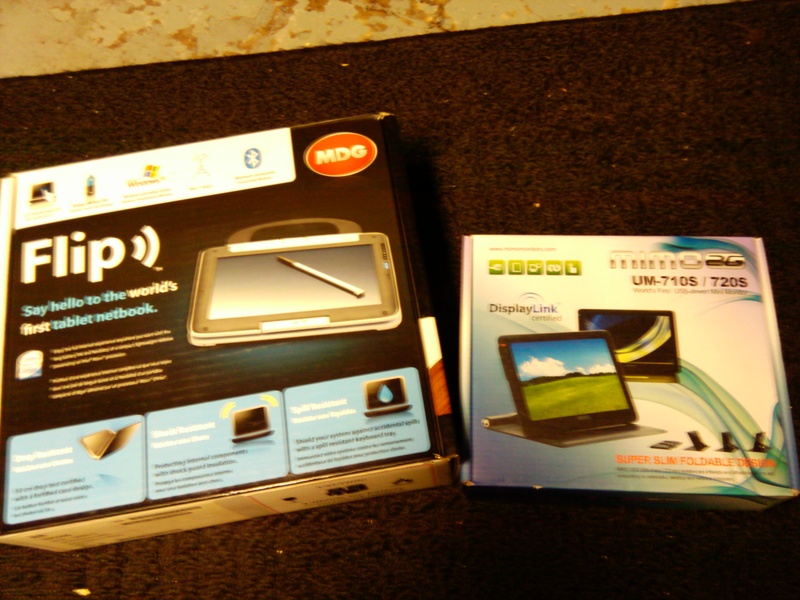 The Computer ($599 - MDG) component is hosted by the MDG "flip" netbook. It's got a touchscreen, 2gb of RAM, Windows 7 Ultimate, and a 60gb 1.8" ZIF/PATA hard disk. Not much space, But I'll come back to that issue later in this text. The flip served me well for a year or so now, But I've upgraded to a man-sized laptop, and this little ditty actually swivels 180 degrees so that the screen lays flat on the keyboard, making it perfect to mount under the seat in the car.
The Screen ($230 - robotshop.ca) is a wonderful little device from the good folk at MIMO. The MIMO slider model is powered by a single mini-USB cable and provides a gorgeous touch screen that is absolutely perfect for CarPC applications.

Next: A few accessories: 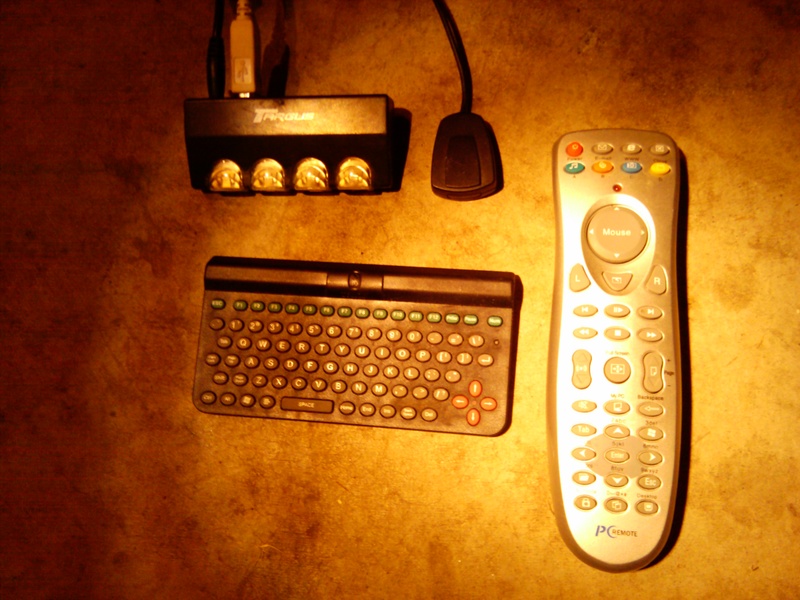 1) Powered 4-port USB hub
2) Bluetooth keyboard
3) IR remote control with mouse capability
All definetely unnecessary, but adds to the experience. Technically the computer and the screen would work without these, But the USB hub provides extra ports for the external GPS module that will be controlling the navigation aspects, and the keyboard can be used with chat/programming/playlists, etc. The remote is just for fun, it allows you to use the mouse through the remote and can shut down the pc as well as controls media programs and such.

As for software, I've installed the following:

1) Media Engine. I went through centrafuse, roadrunner, xbmc and a host of other carpc media programs....only to find that Media engine is the most customizeable and looks the best on my MIMO monitor. Media Engine provides super easy access to local music, video, and other utilities. It allows you to configure outside applications from within the program, so that when I click on the "GPS" option - It opens up into ....

2) Microsoft Streets and trips 2009. I bought this on amazon for about $20. It came with the USB dongle as a little bonus. The program runs fairly smoothly, and navigation is a breeze. Of course I can always change the navigation program as there is a multitude of programs out there for the USB dongles.

Not exactly for th faint of heart. It's going to involve relentless routing of wiring and strategic screen placing on my already cluttered dash. The PC will sit under the front seat with foamies underneath to absorb shocks, zip tied into place to keep it safe and sound. The power button will be accessible from the drivers side. Because the laptop has a battery, turning off the ignition will not turn off the carpc, so I've rigged the windows power settings to hibernate after a few minutes of battery power.

There is a small power inverter to power the USB hub, and the laptop itself runs on 12VDC (fantastic as a car runs 12vdc!) and about 4amps, so a simple 5amp fuse will connect the sucker directly into the car electrical system.

One USB cable leading to the USB hub (which will be located near the fuse box, under the dash and out of the way).

One 3.5mm Audio cable will lead from the PC's audio out (which disconnects sound from the main PC of course) and into the audio in on the reverse of my deck (hidden and out of the way)

So all in all, three cables, tucked neatly under the plastic molding on the drivers side door panel.

I'll toss some pictures up when it's done!