PCLinuxOS and the big HP FAIL

So I've managed to snag another laptop, This time an HP "dv6000-esque" Multimedia Laptop. 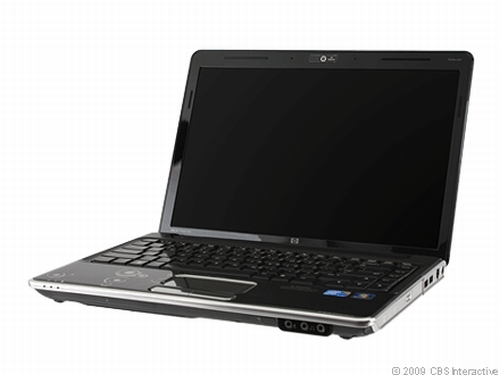 It's all shiny and perdy and glows blue LED's. It's got a sinister dual core processor and 4gb of RAM, a less than average but still worthy 120gb Hard drive, and all the multiple bells and whistles you'd have with any other PC you'd purchase these days.
The problem? HP somehow put more effort into making it look pretty rather than actually testing out or benchmarking the device to make sure it, you know, works. Thousands of lawsuits across the america's have proved this point right - even if it looks really cool, people aren't going to like paying $800 for a neat looking coffee table centerpiece.
The issue lies not in the hardware itself, but on the single fact that you can't cram a dual core super duper machine into a small space without proper ventilation.....It just won't work. Well, it will, but not for a long time. And that's exactly what people were getting - machines that worked for a month or two, maybe even a year.....but eventually the thing would just refuse to turn on, or BSOD so much that it made it impossible to use. What's happening here is that the CPU and GPU are rediculously close together, for no other reason than to share a heatsink, on top of which rides a single teeeeeny-tiny fan. This fan is supposed to cool not only one, but TWO processing units that collectively put out more heat than a coal fire in centralia.
This could have been fixed. All it takes is a better fan and some copper heatsinks. But HP decided to blatantly ignore this fact (along with a handful of competitors who made the same mistake) and blindly give people refunds instead of, y'know, fixing the design.
Maybe it's better that HP has decided to opt-out of the computer business altogether. Maybe they've taken the last hit for a shoddy compaq computer for the umpteenth time. Who knows?

I digress
There's no way in hell I'm going to run windows on the thing. As far as an OS goes, it's bulky, bloated, and slows down with every passing moment. I knew I wanted linux from the getgo, but which distro would suit me the best?
I've done the ubuntu thing, but since the 11.04 update and that awful, awful "netbooky" "optimization" look.....Well, it's really soured my experience with ubuntu.
Mandriva is too commercial (for a linux distro), and slax/debian/redhat all seem so....outdated.
So I found PCLinuxOS on LiLi and made a boot USB. Give'r a go, May as well.
The OS itself is visually appealing, with all the sh-bang of a big box distro and the curves of a sexy woman. Package managing is simple in synaptic, and it's even got emulators built right into the bloody system.
I can't stress enough how important emulators are.
I've found a lot of likes and dislikes, more of the former than the latter....If there was something I couldn't find, I'd just rebuild an old .deb package as an .rpm and it would work...mostly. The one thing that I still can't figure out is how ubuntu would auto-detect my android phone and begin using the data plan for internet on the laptop (right when I plugged it in) and when I plug it in on PCLinuxOS, nothing happens. I though maybe a program or package or some kind of dependancy maybe is missing, but I can't find it for the life of me.
Of course command line ADB works fine for android phones, and mine is no exception.

Speaking of which, The command lines here are wonderful. Easy to use, easy to read, Hell...Even permissions can be set so that you only have to root it one time and you can save that permission for the entire session - until you physically log out or click on the "permissions" notifier in task bar.

Highly recommend PCLinuxOS to anyone looking for easy peasy programming and awesome user-ability.