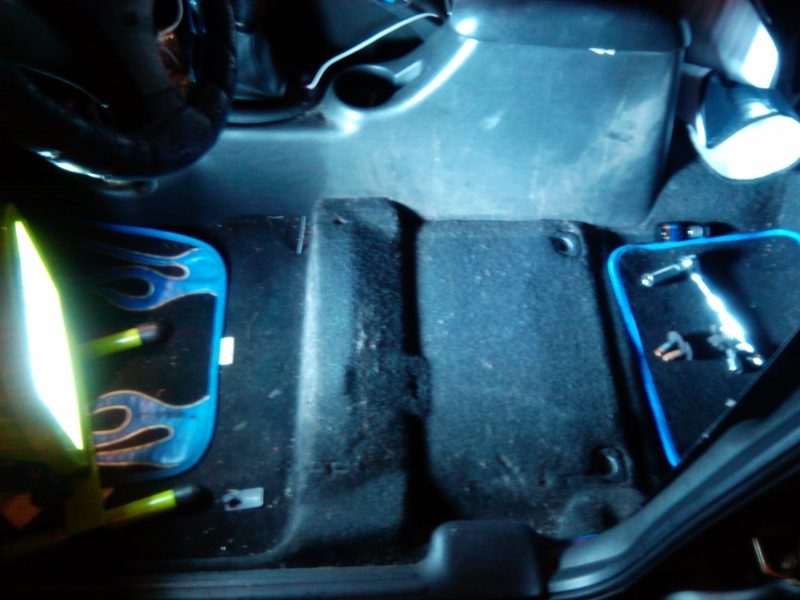 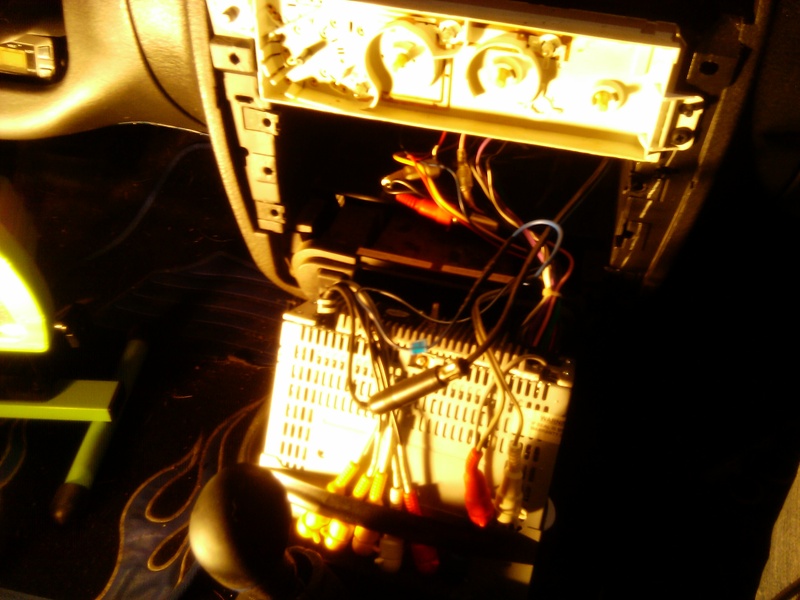 The deck had to come out to allow the hookup of the audio cable. My deck has several inputs (audio/video/etc). 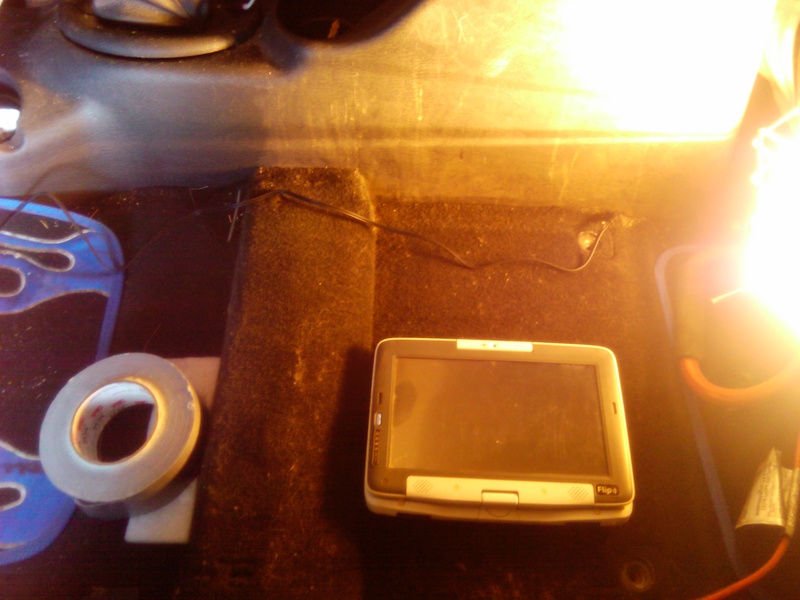 That's the audio cable, going to run underneath the center console, and up and through to the deck input. The duct tape is going to provide a sticky padding under the carputer to keep it from sliding around (I just double taped a foam pad underneath the computer)

A USB cable will accompany the audio cable under the center console as well. Power cable will be on the drivers side, under the molding (just snaps up and off, and on just as easily) 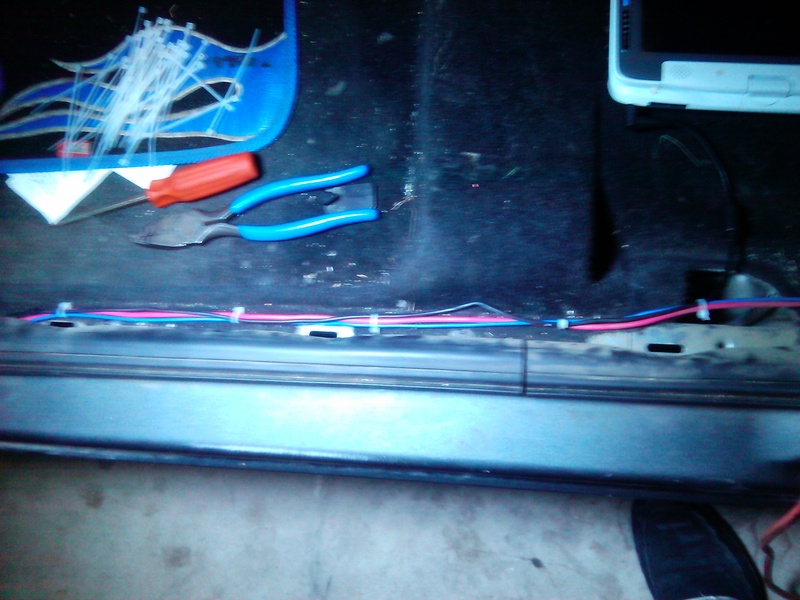 Once everything is wired up, I had to check the clearance under the seat to make absolutely sure it fit. (I probably should have done this before wiring, but I didn't think of it until after. duh)

Luckily for me, It fit: 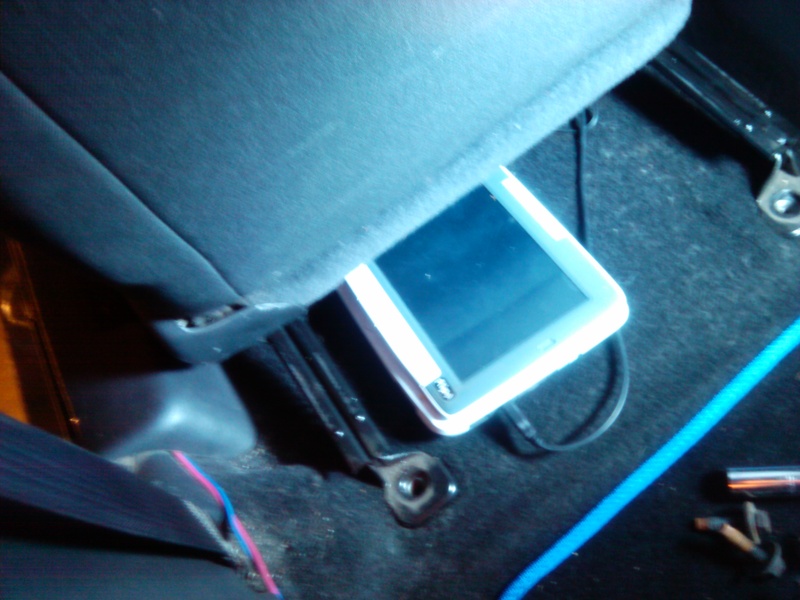 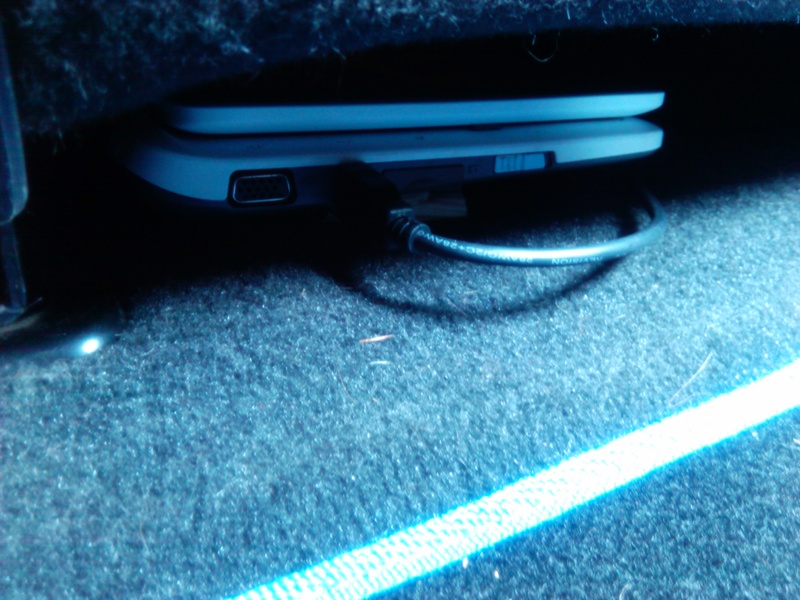 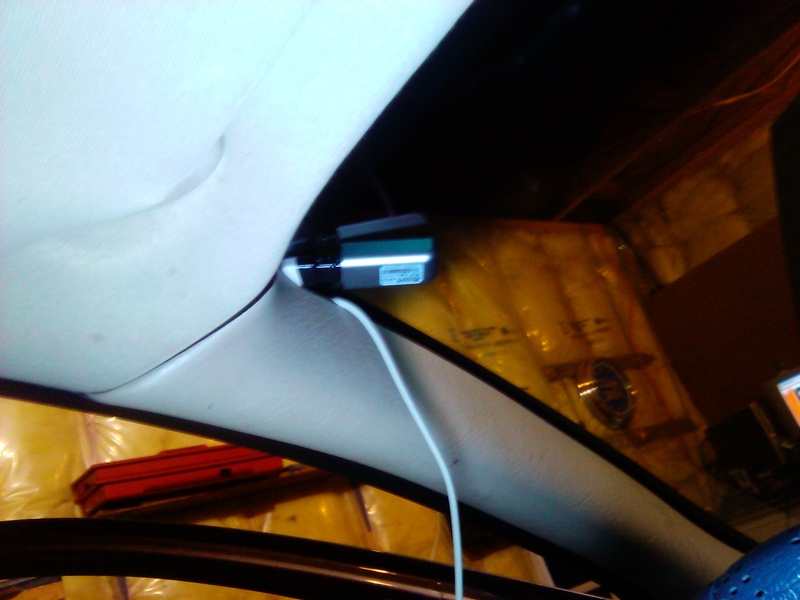 The GPS is mounted on the drivers side top windshield. It's got a clear view of the sky and doesn't block my view either. The USB cable you see hanging is routed underneath that piece of molding holding it up as well. 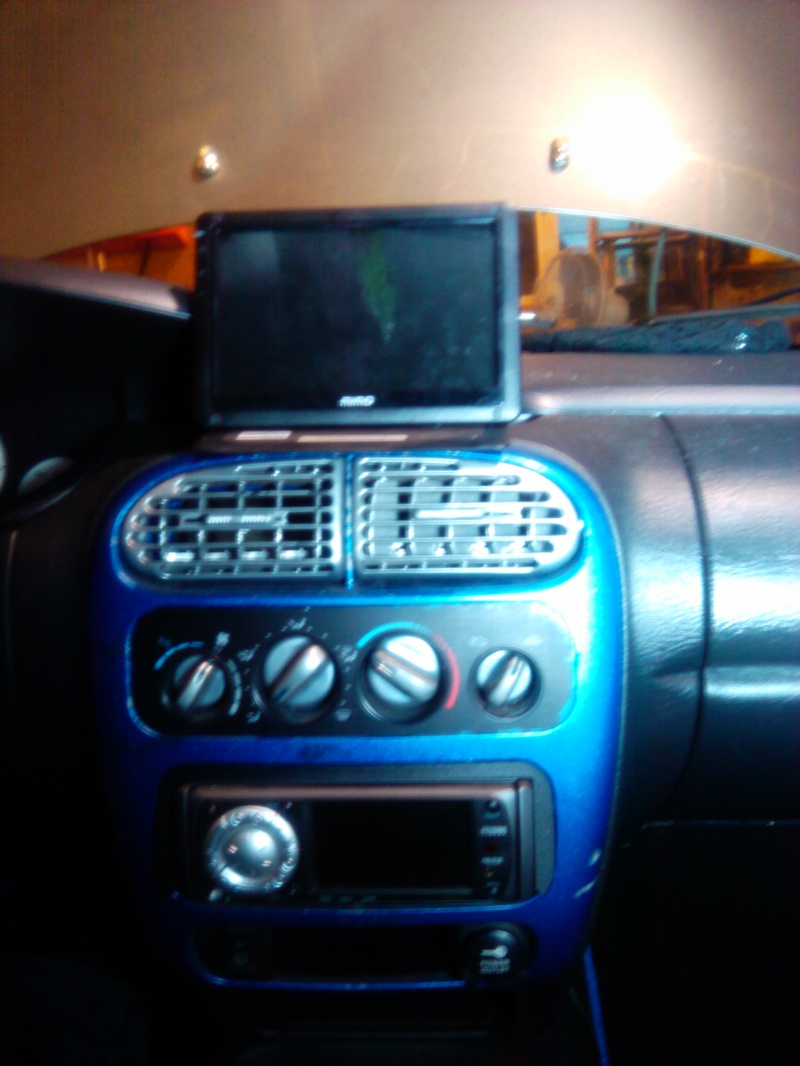 That's right, right there in the most hardest place to ever put a screen. I used two screws (minimal damage to my dash) and marked it super carefully before permanently attaching it. 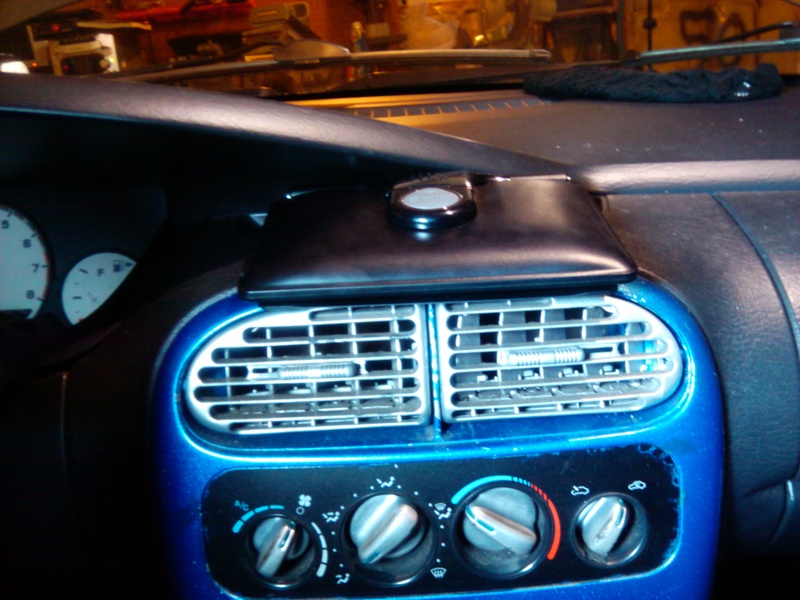 I positioned it just enough outward so that I could fold the screen flat if need be. I figure it's a slider screen, so why take away the cool slidey functionality? Damn right. 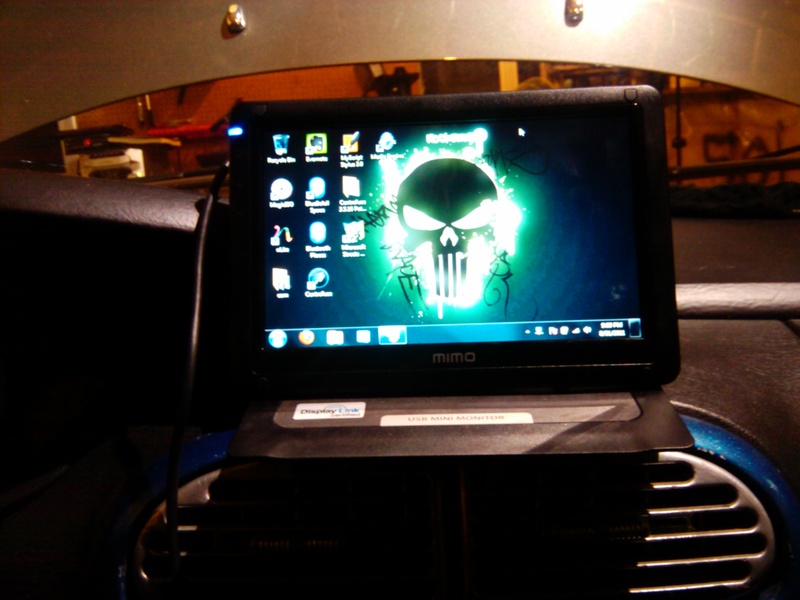 She boots! USB cable turned out OK, may have to re-think the USB hub somehow. Not sure, but for now it booooots!

And of course I opened up media engine to see what she'd look like: 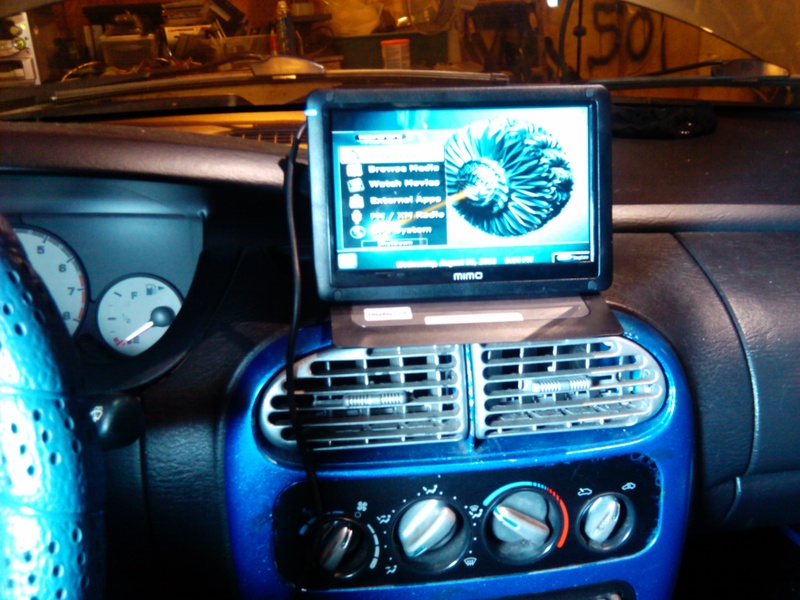 And there it is! Looks great, touchscreen is AWESOME. So all that's left is a few minor wire routing and putting away and cleaning up thingies, but we'll take care of that another night.
Ultimate entertainment in my car? I think so!