And out of the ordinary, an idea formulated. 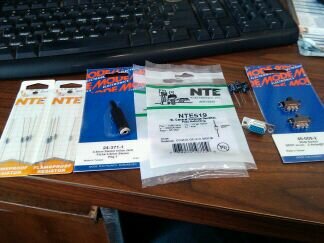 It's funny, because all I was doing was sitting back and playing some Shenmue on my newly acquired dreamcast. I hadn't even received the keyboard and mouse I ordered two weeks ago, I hadn't even attempted to root linux on it, I hadn't even TRIED the PC-DC link with an old 56k modem. But it occured to me, right then and there, that if Ben Heck forumer (and Ben Heck himself) can make dreamcast tablets and dreamcast portables, Then surely I will have the ability to do something cool with this machine.

(of course this is where I drift off into a glazey-eyed dreamstate and ramble on about my infinite love for the dead Sega console. The first console ever to do things that no one dreamed a console could. Go online. Webcam. Motion sensor. Etc. Everything your PS3/Wii/360 can do today is all thanks to the little dreamcast that could, and did, magnificently)

And so, I've decided to give the Console-Laptop project another go (and not admit defeat as such with the defunct PS2 laptop project.....Um, Which now lives in pieces in my garage, and actually, the casing for that project serves as a weatherproof box for project freenet(yay recycling!))

Some may see this as a daunting task. Not I. Not how. The machine is fairly thick (4" or just under, methinks) but most of that is pretty plastic and a stacked mother/daughter/GDrom combo. This design was not only pure genius, but makes for an easier than ever mod capability.  So....Let's go over some design ideas to begin:

WHAT DO WE NEED HERE

a) A case. Simply put, you gots to has somesing to puts its ins.

b) A screen. For teh watchins.

Ok, so am I the only one in the world with a crapload of PC LCD screens in his garage? I think not. This works perfectly for two reasons 1 - they are easy to bust open and salvage and 2 - they look amazing coupled with dreamcast's ability to output some sweet video via VGA mod (which I purchased the parts for, pictured above, for under $12 locally)

c) A Keyboard. Cause it's not a laptop without a keyboard.

Two ways I can go about this: 1 - Official sega dreamboard, which is IMHO overpriced and far too large for a laptop, so it would have to be cut down and such OR 2 - Dreamcast keyboard adapter, which appear to be a DIY project or purchased through several online sources. The latter seems a more viable option as it would be far easier to just buy a keyboard of smaller form factor and couple it with the keyboard adapter.

d) A Mouse. Same as above, except replace the word "keyboard" with the word "mouse"

e) A power supply / Battery - cause if it's gotta be run on mains 24/7, it's not much of a laptop. Normally the power supply unit carries a hefty pricetag, but it just so happens that my staff discount grants me access to cheap PSU's that will recharge a battery as well. The battery itself will be a lightweight lithium rechargeable (and probably from megacapacity.com)

And the rest is all making it look pretty....which is easy enough and literally comes last on the list.